[MILD SPOILERS for the Watchmen comic and show.]

October 27th, 2019. I squirm in my couch as Watchmen shows me a side of humanity I don’t want to see. I am thirty-two years old.

Ten years earlier I am leaving a movie theater angered, feeling as if something sacred has been despoiled.

It’s 2005 and I hold a copy of Watchmen in my hands for the first time. I am eighteen and I read it without knowing it would change my life.

“nothing ends, adrian. nothing ever ends. “

Dr. Manhattan’s parting words to Ozymandias was a rebuke, not just to a character who had committed an atrocity in the name of peace, but to us the reader and our society as a whole. In 1986, Alan Moore chastised us for believing our consciences had developed apace with our technology. He bemoans the utterly human notion that as an individual we could possibly possess the capacity to decide what’s best for everyone.

By making us look backwards into the alternate history he constructed, he put our unceasing and confounding hubris on display. His frustration at our unwillingness to grow and adapt even in the face of armageddon burst from every panel. Cut to 2019 and I can’t help but feel that Alan Moore is ignoring his gospel in regards to the new HBO series.

Until the day he dies, Moore will assert that any work derived from his own has no value whatsoever.

He is infamous for his blanket disdain and complete non-involvement in any adaptation of his works. It’s gotten to the point that he refuses the use of his name in any capacity and rejects all compensation. In the past, I’d be inclined to agree with him as Hollywood has done him dirty on more than one occasion.

Yet two episodes into HBO’s new Watchmen series, I feel fairly confident we’re being given an exception.

There are still seven more episodes to get through before we can tell if it succeeds in it conveying its message, but Damon Lindelof & crew are clearly building something timely, provocative, and undeniably true to the spirit of the comic. I watch the show and I can’t help but be frustrated that Moore believes Watchmen begins and ends with him, that he is the only one who knows what a Watchmen story should be.

In a macro sense, the subtext of Watchmen is not simply a warning on the dangers of nuclear war, it is a rage-filled scream against our deliberate indifference to human suffering. It’s a plea for empathy. At its core, beyond the involvement of any specific event or character, that’s what a Watchmen story is. That’s what it’s always been about. The comic was potent and has lasted because it spoke that message truthfully from the perspective of its time.

We look back on Watchmen now in a historical context, but at its publication, it was a condemnation of very current events.

2019 is not 1986 and we are not only allowed but responsible to tell stories reflective of today. As fascinating as the comic is in exploring our psyche during the Cold War, it loses impact if you don’t understand the context in which it was written. Not everyone is up on their history and what is in the pages of the comic is not the crisis we see on our smartphones.

The show recognizes this and strikes a nerve because the writers are addressing the pressures we are facing right now.

It’s hard to believe in my lifetime I’m seeing hate so casually expressed and so staunchly defended. Yet here we are. The world is a maddening place, and we can all feel the tension grow with every new headline or tweet. That tension is what this new Watchmen is confronting. The writers just happen to have committed the sin of using something Alan Moore has written to do it. That used to be enough for me to be outright dismissive, but I can’t this time.

As I watch the show, I see it’s not focused on the slow-mo action sequences and tawdry CGI spectacle which Moore derides (though the action and CGI are still very cool). It’s about people and the evil we do to each other, exactly like the comic. I didn’t want to like the series, but so far it has displayed a thoughtfulness and understanding of the original Watchmen’s subtext that makes it very different from prior attempts to adapt his work.

If only Moore could see that as well.

The saying goes that art is not created in a vacuum, it influences and is influenced by the world at large. For basically all of human history, we have been retelling and re-purposing stories to fit the context of our era. How many iterations of Robin Hood, Dracula, or Sherlock Holmes have we seen? Alan Moore can be as angry as he wishes that his writing is being built upon during his lifetime but he is guilty of the very thing he decries Damon Lindelof for— using other peoples’ stories as the foundation to tell his own.

Moore did it with the League of Extraordinary Gentlemen, collecting public domain literary characters and turning them into a crime-fighting team. But he wasn’t a one-time offender. He did it with Swamp Thing, Superman, Batman, Miracleman, and a bunch of others. Hell, he did it with Watchmen. He had to change all the characters’ names because DC wouldn’t let him use their actual roster of heroes to tell a story so grim.

Still, he told the story he felt he had to, objections be damned. I can’t imagine H. Rider Haggard, creator of Allan Quartermain, would be pleased with Moore turning the stalwart adventurer into a broken drug addict. Nevertheless, the League of Extraordinary Gentlemen exists and is quite good.

If by some infinitesimal chance Alan Moore sees this and gives a crap, please don’t put a curse on me.

There’s no need to sacrifice any pheasants to your snake god. Please.

This may come off as some sort of rebuke, but it’s not. If anything, it’s a lament. Alan Moore’s writing has been a challenging, illuminating presence in my life. I nearly worship the man, yet I recognize his work was built on the shoulders of titans. Now he is a titan himself and he simply cannot tolerate what is being built upon him, good or bad.

He put Watchmen into the world with the help of artist Dave Gibbons and that certainly entitles him to act however he damn well pleases. But the show isn’t invalidated by its mere existence. It’s not rendered some lesser form of art simply by the merit of it developing from something he’s written.

Adaptations and sequels are frequently derivative, but that’s not always the case.

As much as I would love to have Moore see what a lot of us are seeing, I know he won’t. There’s no reaching him on this. I’ve known this about him for years and admittedly have agreed with his prior objections. This time feels different though and I can’t help but be left a little disappointed that he refuses to recognize that difference.

Despite his feelings on the matter, the Watchmen series seemingly cares as much about holding up a mirror to society as the comic did. It wants us to confront ourselves and it’s subverting our most consumed genre to do it. I really hope the show ultimately succeeds, because I see many possible futures where I have to eat my words. We are living through rough times and could use an honest Watchmen story right now.

At some point in the future, we’ll probably need another one.

Walking out of the movie theater on March 6, 2009, I proclaim that no one ever has the right to touch Watchmen.

A decade into the future I am streaming Watchmen from my television and the ugly truths I am shown move me to tears.

In 2005 the comic is still in my hands, waiting to burden me with new awareness. I am eighteen years old.

This site uses Akismet to reduce spam. Learn how your comment data is processed. 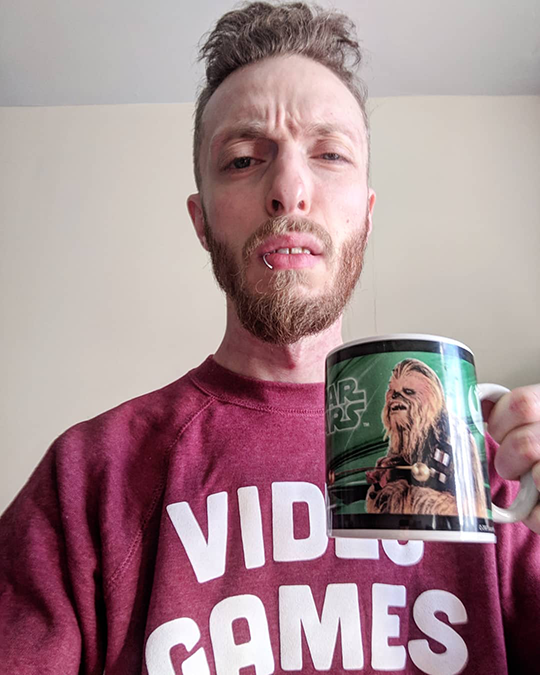